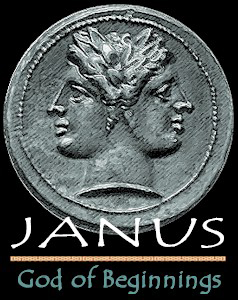 “The afternoon before New Year’s Eve is unusually calm, then, about 11 o’clock, starts a steady stream of elevated violence; stab wounds or gunshot wounds, teenagers injured in automobile accidents, and battered wives. Alcohol is nearly always a factor.”

Considering the above, it is hardly surprising that some people refer to the first day of the year as international hangover day. A European news agency says that “New Year is for the lay hedonist*,” adding that it is “one more round in the eternal battle of man pitched against alcohol.”

Granted, not everyone celebrates the New Year by drinking heavily and committing acts of violence. In fact, many have fond memories of the occasion. “As children, we could hardly wait for New Year’s Eve,” some may say. “There were always lots of games, food, and drink. At midnight we would embrace, kiss, and wish one another ‘Happy New Year!’”

Facts From the Past
As some of you may know, New Year’s festivities are not new. Ancient inscriptions indicate that they were held in Babylon as early as the third millennium B.C.E. The celebration, which was observed in mid-March, was crucial. “At that time the god Marduk decided the destiny of the country for the coming year,” says The World Book Encyclopedia. The Babylonian new year celebration lasted 11 days and included sacrifices, processions, and fertility rites.

For a time, the Romans too began their year in the month of March. But in 46 B.C.E., Emperor Julius Caesar decreed that it should begin on the first of January. That day was already dedicated to Janus, the god of beginnings, and now it would also mark the first day of the Roman year. The date changed, but the carnival atmosphere persisted. On the first of January, people “gave themselves up to riotous excess,” says McClintock and Strong’s Cyclopedia, “and various kinds of heathen superstition.”

Even today, superstitious rituals play a part in New Year’s festivities. For example, in some areas of South America, many welcome the New Year while standing on their right foot. Others sound horns and set off firecrackers. According to a Czech custom, New Year’s Eve is a time for eating lentil soup, while a Slovak tradition has people placing money or fish scales under the tablecloth. Such rituals, designed to ward off ill fortune and guarantee prosperity, merely perpetuate the ancient belief that the turn of the year is a time for deciding destinies.

The Scripture’s View
The Scriptures admonish believers to “walk decently, not in revelries and drunken bouts.” (Romans 13:12-14; Galatians 5:19-21; 1 Peter 4:3) Paul’s reference to “revelries and drunken bouts” may have included those that took place during New Year’s festivities, since these were popular in Rome during the first century. Since New Year’s festivities are often characterized by the very excesses that the Scriptures condemn, believers do not participate in them. This does not mean that believers are killjoys. On the contrary, they know that the Scriptures repeatedly tell worshipers of the true Creator to rejoice—and that for a number of reasons. (Deuteronomy 26:10, 11; Psalm 32:11; Proverbs 5:15-19; Ecclesiastes 3:22; 11:9) The Scriptures also acknowledge that food and drink often accompany rejoicing.—Psalm 104:15; Ecclesiastes 9:7a.

As we have seen, however, New Year’s celebrations are rooted in pagan customs. False worship is unclean and detestable in the eyes of Yahweh, and believers reject practices that have such origins. (Deuteronomy 18:9-12; Ezekiel 22:3, 4) The apostle Paul wrote: “What fellowship do righteousness and lawlessness have? Or what sharing does light have with darkness? Further, what harmony is there between Messiah and Belial?” For good reason, Paul added: “Quit touching the unclean thing.”—2 Corinthians 6:14-17a.

Believers also realize that taking part in superstitious rituals does not guarantee happiness and prosperity—especially since participating in such festivities can result in Yahweh’s disfavor. (Ecclesiastes 9:11; Isaiah 65:11, 12) Furthermore, the Scriptures admonish believers to be moderate and self-controlled in their conduct. (1 Timothy 3:2, 11) Clearly, it would be improper for one who professes to follow Messiah’s teachings to be part of a celebration that is characterized by riotous excess.

As eye-catching and appealing to the senses as New Year’s festivities may be, the Scriptures tell us to “quit touching the unclean thing” and to “cleanse ourselves of every defilement of flesh and spirit.” To those who comply, Yahweh extends the heartwarming guarantee: “I will take you in. . . . I shall be a father to you, and you will be sons and daughters to me.” (2 Corinthians 6:17b–7:1) Indeed, He promises eternal blessings and prosperity to those who are loyal to Him.—Psalm 37:18, 28; Revelation 21:3, 4, 7.

*hedonist:  a person whose life is devoted to the pursuit of pleasure and self-gratification